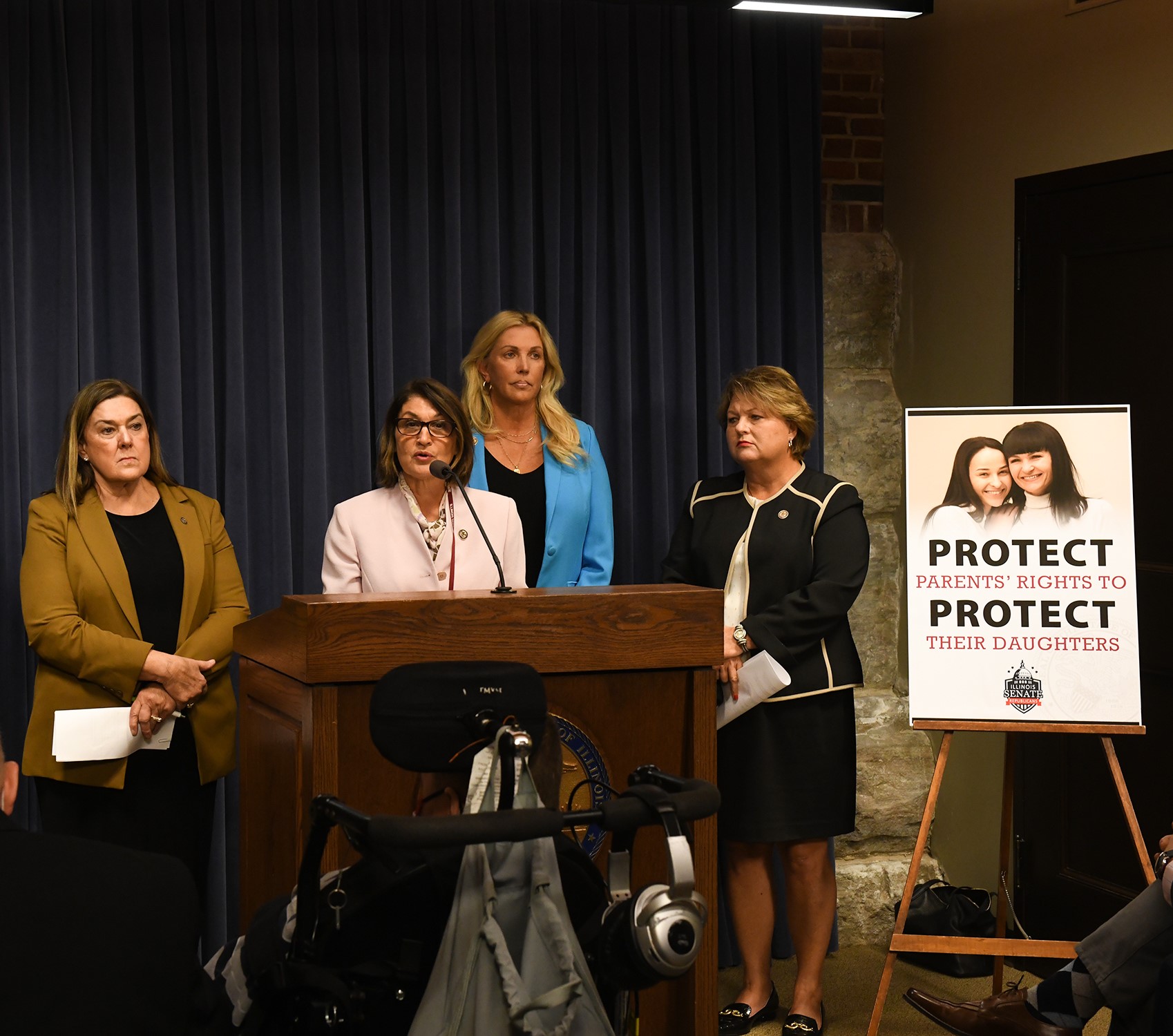 On Oct. 19, the women members of the Senate Republican Caucus joined together to protect parental rights when it comes to protecting and providing support to their child who has decided to receive an abortion.

“This is an issue about parental rights, and whether you believe it is acceptable to keep parents in the dark about a very serious healthcare decision being made by their child,” said Sen. Rezin. “As a mother of two daughters, I strongly believe it is a parent’s right to be made aware of their daughter’s health and their healthcare decisions. If parents are left in the dark, we will not be able to provide them with the support and care during one of their most difficult times in their life. That is why I intend to stand up for every parent in Illinois and fight against any attempt to erode the Parental Notice of Abortion Act.”

The Illinois Parental Notice of Abortion Act requires that parents of minors be notified before their child receives an abortion procedure. Currently, the law simply stipulates that a parent be informed of the procedure. Parents are not required to provide consent.

“Every parent or guardian has the responsibility to provide for the physical and mental health, and safety, of their children. Most parents have had to write a note or make a phone call to their child’s school to allow basic medications like ibuprofen or aspirin to be taken at school,” said Sen. Tracy. “If we take such care in situations like that, how do we justify doing away with parental notification of abortions? A pregnant 14-year-old girl does not have the emotional maturity to deal with all the implications of her difficult decision, which could have lifelong consequences no matter what choice she makes.”

Under current law, if a minor has been a victim of sexual abuse, neglect, or physical abuse by an adult family member, the minor can declare this to an attending physician who can grant a notification waiver. Additionally, minors can also choose to seek a waiver in circuit court, where a judge can grant an exemption.

“The Majority Party wants to punish good, supportive parents who want nothing more than to be there for their young daughter during the hardest time of her life, all under the ‘guise’ of protecting the abused,” said Sen. Bryant. “There are avenues for young women to pursue if they feel unsafe with having a parent informed of their decision. Any attempt to repeal parental notification is a direct attack on parental rights. Being a mother and a grandmother, I refuse to allow Democrat lawmakers to tie the hands of parents, allowing children to undergo a serious medical procedure without the guidance and support of a parent.”

“Under the Parental Notice of Abortion Act, any facility conducting an abortion for a minor must notify their parent or legal guardian in advance of that procedure,” said Sen. Sally Turner. “Sex trafficking experts believe this notification process is a vital step in identifying potential victims who have gone under the radar. If we vote to repeal this Act, we make it easier for sexual predators and sex traffickers to abuse the children of our state.”

Earlier this year, two measures to repeal the PNA were introduced in the House and Senate, but neither measures were called for consideration. Democrat lawmakers have recently indicated that they may attempt a repeal of the PNA during the fall veto session, and Governor Pritzker has expressed his support of the effort.